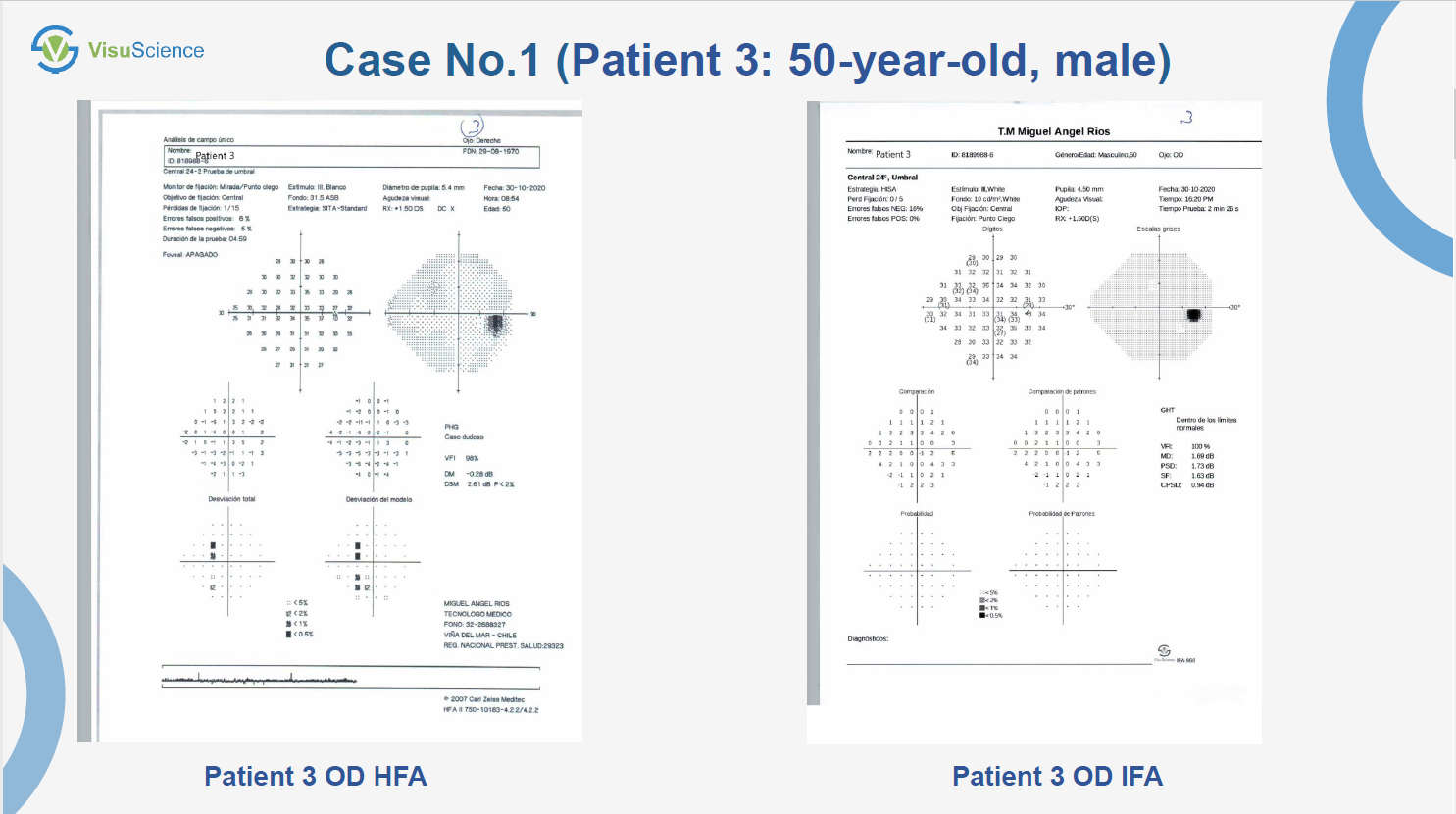 Results with slight differences, similar reliability indices, global indices statistically no variations, Decibel values are similar in both tests on the sensitivity map. Deviations from model (deviation of the model / Probability of patterns), considering that the Humphrey shows points with high sensitivity in the nasal sector and the profile adjustment generates the points that are registered in the deviation of the model, both tests are similar.

Central monitoring test was applied, it was quick and reports a compromise of the nasal step. This is very useful in uncooperative patients, it is a central test and with study in the periphery.

Both techniques without significant differences and the short test time (2 min 31s) in IFA-960 is also striking.

This factor is very important in elderly patients, anxious since it does not subject them to attentional stress dragged on. 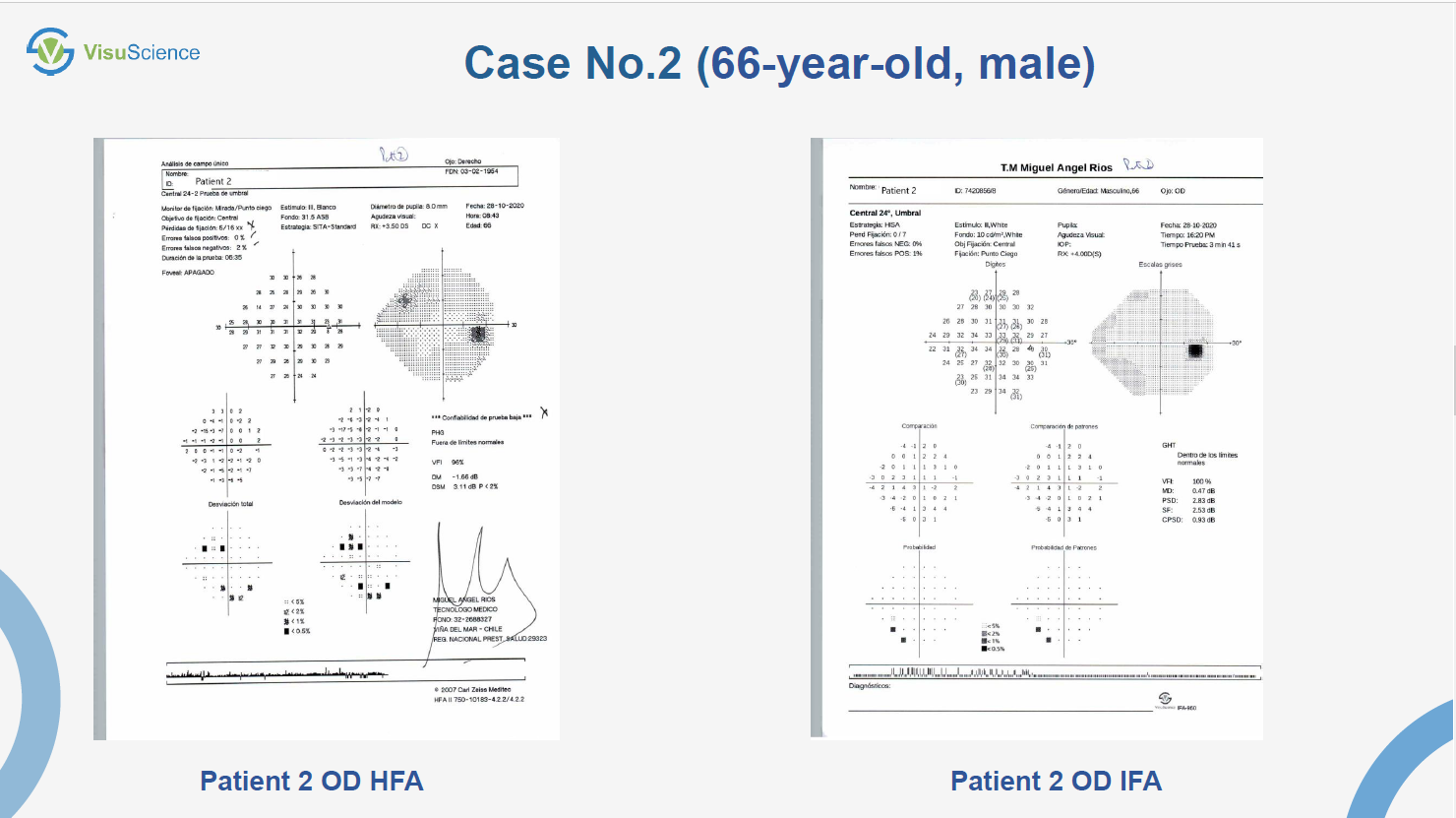 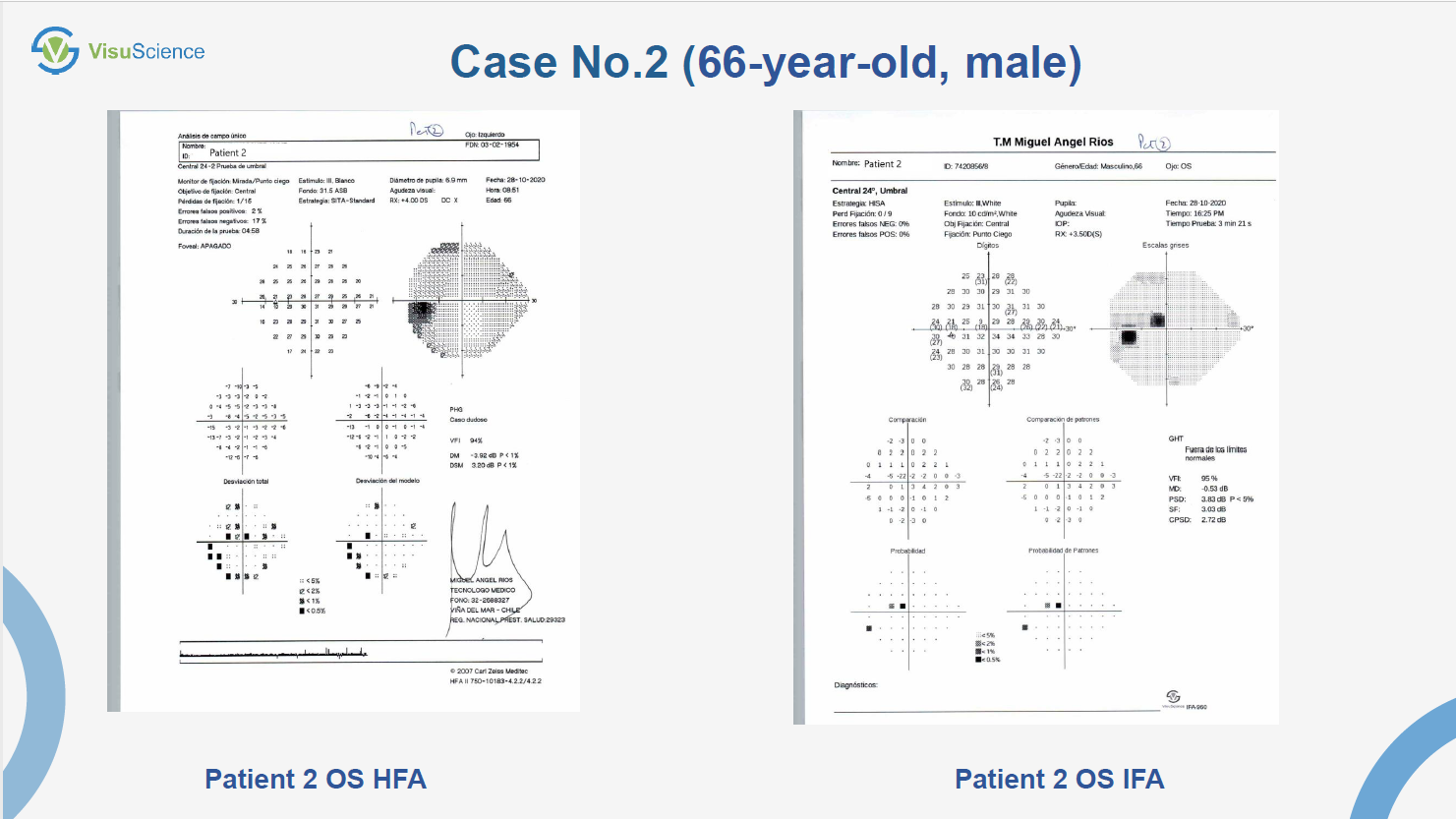 Humphrey shows a white scotoma area in the central sector (greater sensitivity than expected for age) and, in upper nasal periphery area with slight low sensitivity. In IFA-960, the area of white scotoma is more extensive (Patient Button) but that does not affect false positives.

The differences are minimal, probably explained by a learning effect in the second test with IFA-960.

The deviations from the model are similar and, again explained by a learning effect since in unit IFA-960 improves.